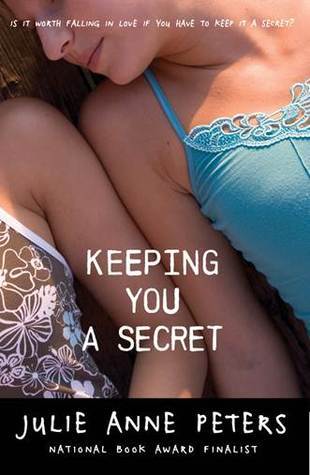 A successful high school girls realizes she is gay when she falls for a new girl, and experiences homophobia from her parents and community.

With a steady boyfriend, the position of Student Council President, and a chance to go to an Ivy League college, high school life is just fine for Holland Jaeger.
At least, it seems to be.
But when Cece Goddard comes to school, everything changes. Cece and Holland have undeniable feelings for each other, but how will others react to their developing relationship?
This moving love story between two girls is for fans of Nancy Garden’s classic young adult coming out novel, Annie on My Mind. With her characteristic humor and breezy style, Peters has captured the compelling emotions of young love.