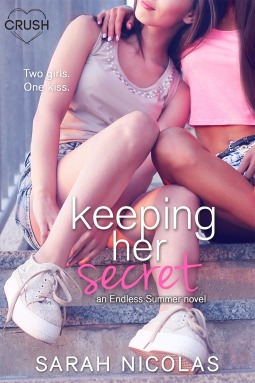 Riya Johnson is surprised to be sharing a bunk at summer camp with Courtney, her former best friend who broke her heart after a shared kiss. Courtney doesn’t want to acknowledge her feelings for Riya, so she starts a prank war.

The last person Riya Johnson expected to run into at her new summer camp is Courtney Chastain—her childhood best friend and the girl who broke her heart after a secret, mind-blowing, life-altering kiss. She definitely didn’t expect to be sharing a bunk bed with her for four long weeks.

Courtney has what every girl wants—she’s beautiful, rich, and the object of every boy’s desire at Camp Pine Ridge. Too bad none of them make her feel an iota of what Riya’s kiss did all those years ago. But Courtney needs to uphold appearances at all costs—even if it means instigating an all-out prank war with Riya as her main target.

Neither girl can stop thinking about the other…but that doesn’t mean they can give up past hurts and take a chance on a future together.

Disclaimer: This Entangled Teen Crush book contains drinking, sexual situations, and a fairy-tale romance sure to make your heart melt.