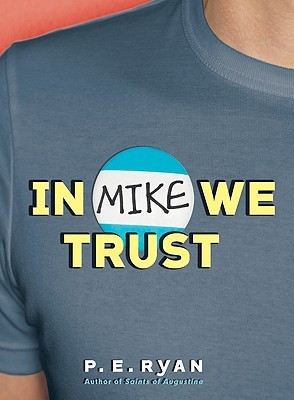 When Garth comes out to his mother, she tells him that the topic is on hold indefinitely. Garth feels stifled, but when his uncle Mike comes to visit, he thinks his life is about to change for the better. Mike is incredibly accepting of Garth’s sexuality, but as time goes on, Mike starts to involve Garth in his money-making schemes, and Garth feels increasingly uncomfortable.

Honesty.
He wanted it. He craved it.
He could barely remember what it was.

When Garth’s uncle comes to visit, he’s like a breath of very needed fresh air. Mike is laid-back and relaxed—and willing to accept Garth for who he is, without question. For the first time in a long while, Garth feels like he’s around someone who understands him.

But before long Garth is helping Mike with some pretty mysterious things and finds himself keeping secrets from everyone around him. He’s forced to wonder: Is his uncle Mike really who he says he is, and can Garth trust him? More importantly, can Garth trust the person he’s becoming?

P. E. Ryan has crafted a clever and compelling novel that asks the question: How far will you go for your family, to find yourself?