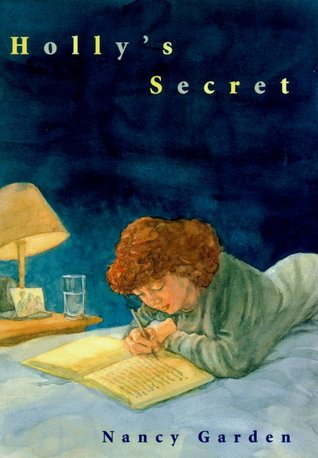 From the author of Annie on My Mind: Twelve-year-old Holly has two moms and is starting a new school. She wants to change her name and lie about her family to void more bullying, but eventually stops hiding. Middle grade.

A new town and new classmates, but the same family — with two moms
“Dear Diary, ”
.”..Until today I was Holly Lawrence-Jones. But starting tomorrow I’m going to be Yvette Lawrence-Jones. My family doesn’t know that yet, but I’ll tell them tomorrow, and that’s the name I’ll tell the people at school, too. Yvette’s going to be sophisticated and grownup-feminine enough to have white ruffled curtains, and maybe even a boyfriend. She’s also going to have a NORMAL family. Kids are not going to make jokes about her and say mean things, because there won’t be any reason for them to do that… ”
The reason for “The Plan,” as Holly refers to the creation of her new self, is primarily to hide from the schoolmates in her new hometown the fact that she has two mothers who are gay. But trying to hide something so big proves to be a daunting task. Nancy Garden has written a novel infused with humor, but one that also tackles prejudice and reinforces an old saw: Honesty is the best policy.