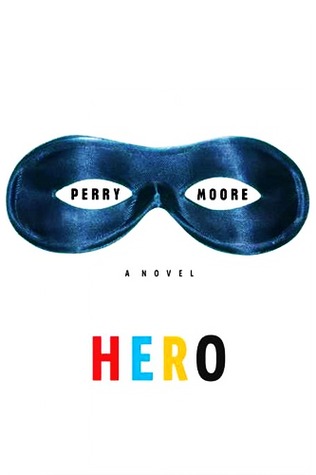 Many years ago, Tom’s father was ousted from the League, an elite team of superheroes. When Tom is asked to try out for the League, he has yet one more secret that he must keep from his father. Tom joins forces with a ragtag group of other superheroes and must come to terms with his parents’ past and his sexuality.

The last thing in the world Thom Creed wants is to add to his father’s pain, so he keeps secrets. Like that he has special powers. And that he’s been asked to join the League – the very organization of superheroes that spurned his dad. But the most painful secret of all is one Thom can barely face himself: he’s gay.

But becoming a member of the League opens up a new world to Thom. There, he connects with a misfit group of aspiring heroes, including Scarlett, who can control fire but not her anger; Typhoid Larry, who can make anyone sick with his touch; and Ruth, a wise old broad who can see the future. Like Thom, these heroes have things to hide; but they will have to learn to trust one another when they uncover a deadly conspiracy within the League.

To survive, Thom will face challenges he never imagined. To find happiness, he’ll have to come to terms with his father’s past and discover the kind of hero he really wants to be.