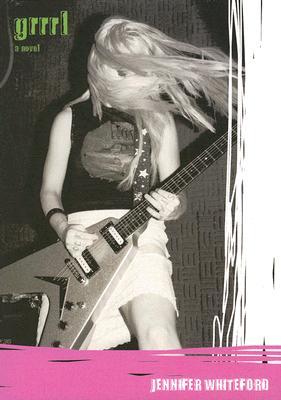 Marlie is a high school freshman on the edges of the riot grrl movement; she comes of age into punk fashion, playing in a band, and identifying her bisexuality. with the mentorship of her twenty-something punkrock uncle.

Grrrl is the story of a young girl searching for herself in the midst of the riot grrl movement. For young Marlie, music is more than just something to listen to. It’s her salvation from the banality of the suburbs. She dreams of one day becoming a rock star and taking music back for the girls, but first, she has to struggle through high school, her own budding sexual awareness, her possible homosexuality, and her dangerous flirtation with an older indie rocker. Set in the suburbs of Toronto, Grrrl is a tender and beautiful novel about the pains of getting older.