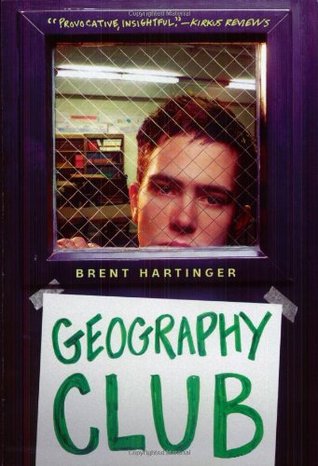 A group of friends starts a GSA at their school but refer to it as the geography club to avoid being outed. However, tensions arise when rumors spread about the sexual orientation about one of the members, and there is conflict among the group as to whether to make membership open to other students.

“I knew that any wrong action, however slight, could reveal my true identity…

Russel is still going on dates with girls. Kevin would do anything to prevent his teammates on the baseball team from finding out. Min and Terese tell everyone they’re really just good friends. But after a while, the truth’s too hard to hide – at least from each other – so they form the “Geography Club.” Nobody else will come. Why would they want to? Their secret should be safe.”

Sexual Orientation:
Russel and Kevin are gay.
Terese is a lesbian.
Min is bisexual.