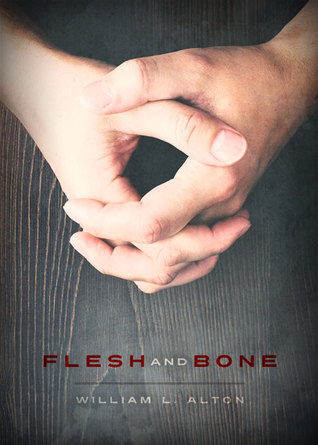 When Bill’s father leaves, he and his mother move in with her parents. Both his grandparents and mother are distant, so Bill copes by turning to drugs and alcohol and by experimenting with partners of various genders.

A literary novel for young adults that deals with a despairing teen uncertain about his sexual preferences who turns to drugs, alcohol, and unreliable friends for solace

Told in a series of images and fragments, Flesh and Bone is a raw and real portrayal of a teen struggling to find love in his life. When Bill’s father leaves and he and his mother move far away to live with her parents, his whole world implodes. His grandparents are cold and distant, his mom is distant both physically and emotionally as she deals with her own struggles, and his dad is just gone. Bill explores his sexuality with multiple partners as he searches for love and compassion and turns to drugs and alcohol to dull the pain of loneliness. Flesh and Bone is a powerful tale that sheds light on the dark places of the soul.