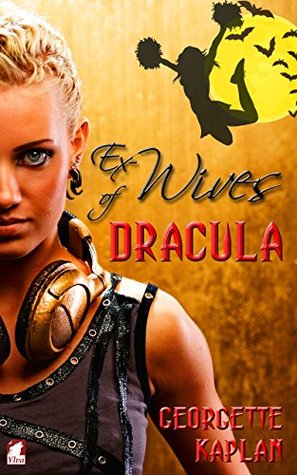 Mindy Murphy is in love with a straight girl – captain of the cheerleading team and newly a vampire. Can Mindy save Lucia by killing the vampire that turned her?

High school senior Mindy Murphy, has been questioning her small town life forever and, more recently, her sexuality. Maybe it has something to do with her new friend, Lucia West. When they were kids they used to be besties, until Lucia grew a head taller and a cup size bigger. Now she’s captain of the cheer team, winner of the Boyfriend Olympics, and voted least likely to remember Mindy at their high school reunion.
In short, possibly the worst person alive for Mindy to crush on. Especially after Lucia’s bitten by a vampire. Now the only way to keep her alive is to get her blood, and the only way to cure her is to slay the vampire that turned her.

Who knows, maybe after they get this vampire business settled, Lucia can explain to Mindy why she kissed her.