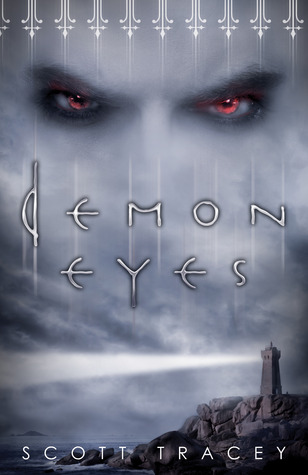 In the second installment in Scott Tracey’s paranormal Witch Eyes series, Braden struggles with his attraction to Trey (who should be his mortal enemy) and the dawning realization that the witch world may be on the brink of war.

Demons don’t die without a fight…

After destroying the demon Lucien, Braden—son of Belle Dam’s most powerful warlock, Jason Thorpe—doesn’t need the power of his witch eyes to see that everything in his life is turning against him: friends, family, and even his visions. When disturbing nightmares of Lucien’s return haunt him, Braden discovers that the simmering feud between the city’s two witch dynasties is fast approaching its explosive boiling point.

While struggling to come to terms with his attraction to Trey, Catherine Lansing’s son who should be his mortal enemy, a diabolical plan starts to unveil before Braden’s eyes. Young women are disappearing from Belle Dam, and as he investigates, Braden is forced to explore the dangerous unknown power within himself. But when the truth about his family is revealed, Braden must pay a terrible price.