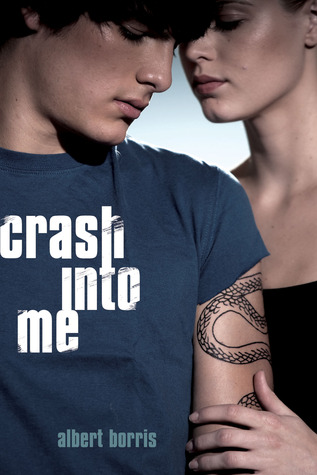 Four suicidal teens, including closeted Lesbian/Queer Jin-Ae, go on a road trip with the goal of committing suicide together.

Owen, Frank, Audrey, and Jin-Ae have one thing in common: they all want to die. When they meet online after each attempts suicide and fails, the four teens make a deadly pact: they will escape together on a summer road trip to visit the sites of celebrity suicides…and at their final destination, they will all end their lives. As they drive cross-country, bonding over their dark impulses, sharing their deepest secrets and desires, living it up, hooking up, and becoming true friends, each must decide whether life is worth living–or if there’s no turning back. “Crash Into Me puts readers in the driver’s seat with four teens teetering on the edge of suicide. But will their cross country odyssey push them all the way over? Only the final page turn will tell, in Albert Borris’s finely-crafted tale of friendship forged from a desperate need of connection.