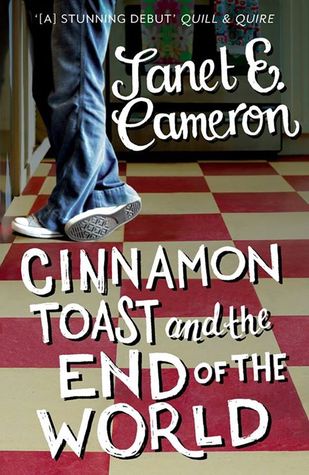 Set in the 1980s, this is the coming-of-age story of Stephen, who realizes one night that he is in love with his best friend, Mark. Homophobia is rampant in his small town, and Stephen has to decide whether to come out or to attempt to “cure” himself.

Stephen Shulevitz remembers the end of the world. Two o’clock in the morning on a Saturday night in Riverside, Nova Scotia, when he realises he has fallen in love – with exactly the wrong person.

There are no volcanic eruptions. No floods or fires. Just Stephen, watching TV with his best friend, realising that life, as he knows it, will never be the same.

The smart move would be to run away – from Riverside, his overly dependent mother, his distant, pot-smoking father, and especially his feelings. But then Stephen begins to wonder: what would happen if he had the courage to face the end of the world head on?