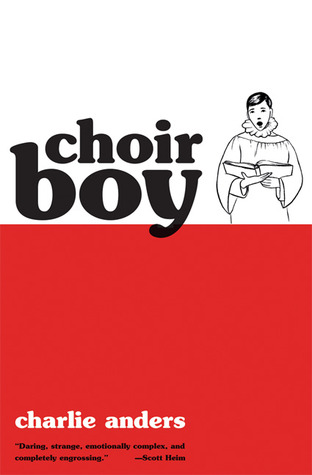 Berry loves his voice, and will do anything to keep it and remain a choir boy– even take hormones and pretend to be a trans woman. When his family and community realize what he’s doing, he must deal with the fallout.

Twelve-year-old choirboy Berry wants nothing more than to remain a choirboy. Choral music and the prospect of divinity thrill him. Desperate to keep his voice from changing, he tries unsuccessfully to castrate himself, and then convinces a clinic to treat him as a transsexual. Berry begins a series of hormone pills, which keep his voice from deepening but also cause him to grow breasts. When his parents and friends discover the truth about him, Berry faces a world of unexpected gender issues that push him into a universe far more complex than anything he has experienced.

Abounding with bewitching religious symbolism, self-mutilation, bizarre suburban torture, drugs, class-based violence, and hidden meanings, Choir Boy is a wildly inventive and charming story about an outcast who refuses to grow up gracefully.