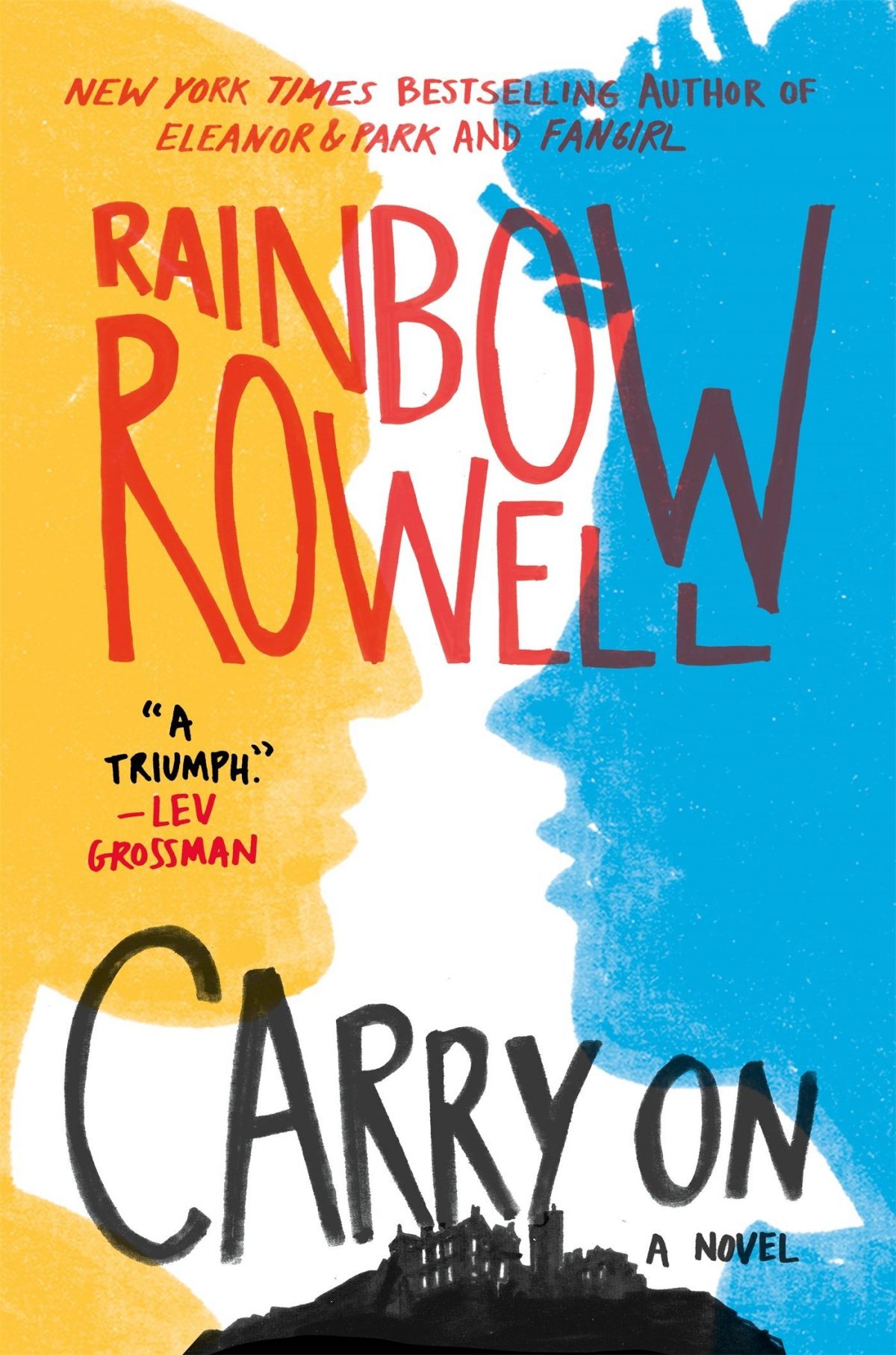 During Simon Snow’s last year at the Watford School for Magics, he must contend with a variety of disasters, including his propensity to set things on fire with his wand and a magic-eating monster that has his face. Simon’s roommate and nemesis, Baz, never shows up at school, and even though Baz is infuriating, Simon becomes entangled in the mystery surrounding Baz’s mother’s death.

Simon Snow is the worst Chosen One who’s ever been chosen.

That’s what his roommate, Baz, says. And Baz might be evil and a vampire and a complete git, but he’s probably right.

Half the time, Simon can’t even make his wand work, and the other half, he starts something on fire. His mentor’s avoiding him, his girlfriend broke up with him, and there’s a magic-eating monster running around, wearing Simon’s face. Baz would be having a field day with all this, if he were here — it’s their last year at the Watford School of Magicks, and Simon’s infuriating nemesis didn’t even bother to show up.

Carry On – The Rise and Fall of Simon Snow is a ghost story, a love story and a mystery. It has just as much kissing and talking as you’d expect from a Rainbow Rowell story – but far, far more monsters.“

Additional Notes:
Bi erasure: Although Simon is questioning throughout the novel, the possibly of him being bisexual is never discussed.  Some fans interpret Simon as demisexual as the way his sexuality is presented is ambiguous. He can be read as either aspec or allosexual.