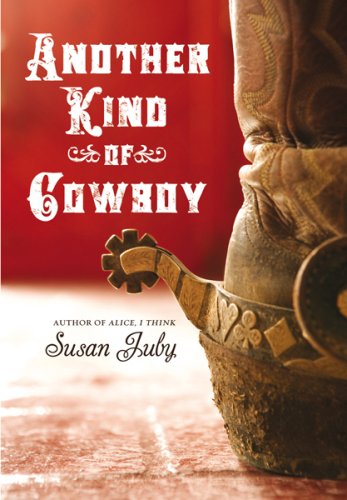 Alex Ford has always wanted to learn dressage, even though he knows that boys aren’t supposed to like it. So when a coach agrees to teach him, Alex is ecstatic. Through his dressage lessons, he meets Cleo, and their complicated friendship teaches them both about platonic and romantic love.

Alex Ford wishes his father had seen the movie Brokeback Mountain. Because then he might understand that it’s possible to be a gay cowboy. Trouble is, Alex doesn’t even want to be a cowboy; his dream is to ditch Western-style riding and take up dressage. But with his mother long gone, his father ensconced in an RV in the driveway, his messy Aunt Grace the Hair Stylist installed in the kitchen (whose cooking tastes like her hairdressing smells), and his Kung Fu–obsessed younger twin sisters, Alex knows that his dream is highly unlikely. So when he does get the chance to try the meticulously intricate art of dressage riding and then bumps into the supremely self absorbed Cleo at a competition, it’s a whole new world for Alex.

Cleo’s been sent to a very posh, very horsey boarding school nearby because of an unfortunate incident with her handsome chauffeur. Cleo doesn’t get why Alex is so serious about everything, especially when his family is so…interesting. But now Alex is about to lose even the slender hold he has on his dream—and on the secret he’s not yet ready to reveal. Meanwhile, Cleo has fallen in with the party crowd, forgetting all about her precious horse. Does this mean Alex and Cleo’s fledgling friendship is doomed from the start?

Juby weaves growing up, coming out and fitting in into a hilarious but always compassionate story set against the fascinating world of dressage riding. Guaranteed to be a huge hit with its YA audience!

Trigger Warnings: Alcohol and substance use