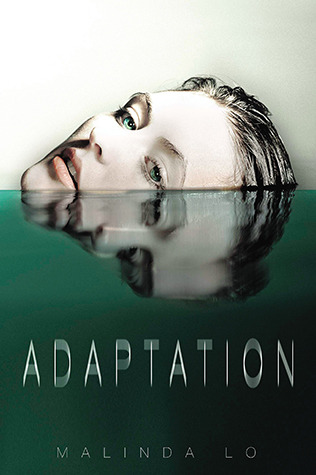 Reese is a regular high school student, in love with her debate partner David. But when strange things start happening all across the country, and a beautiful girl named Amber enters the picture, Reese must go on a journey to find the answers to questions a lot of people don’t want her to answer.

“Reese can’t remember anything from the time between the accident and the day she woke up almost a month later. She only knows one thing: She’s different now.

Across North America, flocks of birds hurl themselves into airplanes, causing at least a dozen to crash. Thousands of people die. Fearing terrorism, the United States government grounds all flights, and millions of travelers are stranded.

Reese and her debate team partner and longtime crush David are in Arizona when it happens. Everyone knows the world will never be the same. On their drive home to San Francisco, along a stretch of empty highway at night in the middle of Nevada, a bird flies into their headlights. The car flips over. When they wake up in a military hospital, the doctor won’t tell them what happened, where they are—or how they’ve been miraculously healed.

Things become even stranger when Reese returns home. San Francisco feels like a different place with police enforcing curfew, hazmat teams collecting dead birds, and a strange presence that seems to be following her. When Reese unexpectedly collides with the beautiful Amber Gray, her search for the truth is forced in an entirely new direction—and threatens to expose a vast global conspiracy that the government has worked for decades to keep secret.”

Sexual and Romantic Orientation:
Reese questions her identity throughout the novel, but seems to be bisexual/biromantic or pansexual/panromantic

Race/Ethnicity:
White: Reese
David, a side character, is Asian-American (but straight)