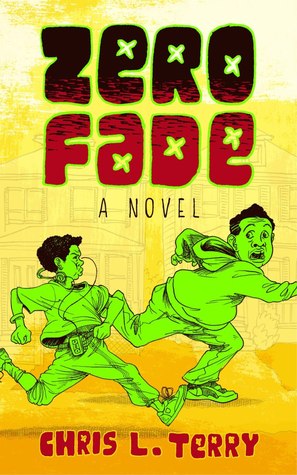 This book is set in 1990s Richmond. Kevin has nothing but disdain for gay people, but when he learns his beloved Uncle Paul is gay, he must examine and re-evaluate his homophobic beleifs. Some of the chapters are told from Paul’s perspective.

Zero Fade chronicles eight days in the life of inner-city Richmond, Virginia, teen Kevin Phifer as he deals with wack haircuts, bullies, last year’s fly gear, his uncle Paul coming out as gay, and being grounded.

Sexual and Romantic Orientation:
Kevin is straight and heteroromantic.  His uncle Paul is gay and homoromantic

Race/Ethnicity:
Both Kevin and Paul are Black.