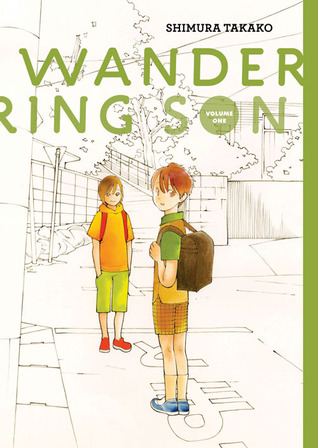 Shuichi and Yoshino are on the threshold of puberty and both know one fact about themselves. Shuichi wishes he was a girl, and Yoshino wishes she was a boy. Together they develop a friendship that brings them both comfort as they deal with school, their bodies, and their dreams.

The fifth grade. The threshold to puberty, and the beginning of the end of childhood innocence. Shuichi Nitori and his new friend Yoshino Takatsuki have happy homes, loving families, and are well-liked by their classmates. But they share a secret that further complicates a time of life that is awkward for anyone: Shuichi is a boy who wants to be a girl, and Yoshino is a girl who wants to be a boy. Written and drawn by one of today’s most critically acclaimed creators of manga, Shimura portrays Shuishi and Yoshino’s very private journey with affection, sensitivity, gentle humor, and unmistakable flair and grace. Book One introduces our two protagonists and the friends and family whose lives intersect with their own. Yoshino is rudely reminded of her sex by immature boys whose budding interest in girls takes clumsily cruel forms. Shuichi’s secret is discovered by Saori, a perceptive and eccentric classmate. And it is Saori who suggests that the fifth graders put on a production of The Rose of Versailles for the farewell ceremony for the sixth graders ― with boys playing the roles of women, and girls playing the roles of men.

Sexual and Romantic Orientation:
Not addressed in the first volume

Race/Ethnicity:
The characters are Japanese.