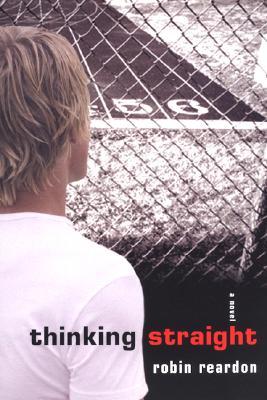 Taylor is madly in love wth his boyfriend, Will. His conservative and homophobic parents send him to Straight To God, a six-week Christian behavior-modification program. While there, Taylor uncovers a horrific scandal.

If only Taylor Adams had kept on lying to his parents, none of this would have happened. He wouldn’t have been shipped off to Straight to God, an institution devoted to “deprogramming” troubled teenagers and ridding them of their vices—whether those vices are drugs, violence, or—in Taylor’s case—other boys.

At Straight to God, such thoughts—along with all other reminders of Taylor’s former “sinful” life—are forbidden. Every movement is monitored, privacy is impossible, and no one—from staff to residents—is quite who they first appear to be. There’s Charles, Taylor’s clean-cut roommate, desperate to leave his past behind…Nate Devlin, a handsome, inscrutable older boy who’s alternately arrogant and kind…gorgeous, secretive Sean, who returns to Straight to God each year to avoid doing prison time for drugs. Here, where piety can be a mask for cruelty and the greatest crimes go unpunished, Taylor will learn more than he ever dreamed about love, courage, rebellion, and betrayal—but the most surprising lessons will be the truths he uncovers about himself.