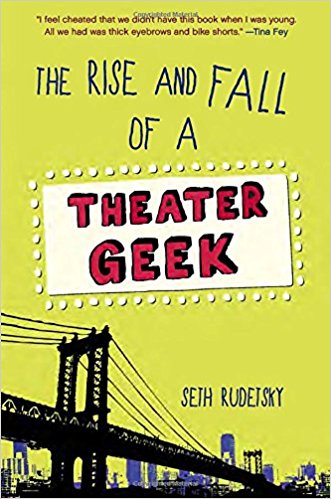 When Justin lands an internship with a famous Broadway actor, he thinks his dreams are about to come true. But the actor is a horrible boss, and Justin’s boyfriend, Spencer, is overly clingy. Justin starts dating another boy to make Spencer jealous.

Broadway, New York. The shows, the neon lights . . . the cute chorus boys! It’s where Justin has always wanted to be–and now, with a winter internship for a famous actor, he finally has his chance to shine. If only he could ditch his kind, virtuous, upright, and–dare he say it?—uptight boyfriend, Spencer. But once the internship begins, Justin has more to worry about than a cramped single-guy-in-the-city style. Instead of having his moment in the spotlight, he’s a not-so-glorified errand boy. Plus, Spencer is hanging out with a celebra-hottie, Justin’s best friend Becky isn’t speaking to him, and his famous actor boss seems headed for flopdom. Justin’s tap-dancing as fast as he can, but all his wit and sass might not be enough to switch his time in New York from nightmare-terrible to dream-come-true terrific.