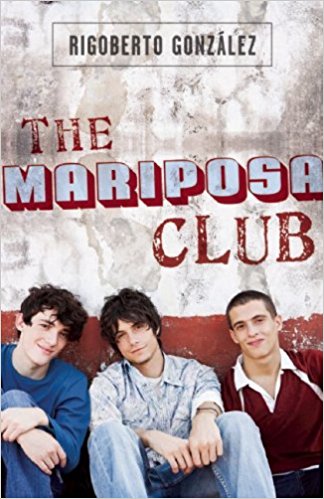 Maui, Trini, Isaac, and Liberace are used to being openly gay in their homes and in their school, and together they start the Mariposa Club for LGBTQ kids. When a homophobic crime rocks the school, they become more like a symbol of grief and fear and, hopefully, change.

As they embark on their final year of high school, the Fierce Foursome-Maui, Trini, Isaac, and Liberace-decide to do something big, something that will memorialize their friendships for when they all go their separate ways and begin their new “adult” lives. Already accustomed to the hardships that come with being openly gay in high school (not to mention in their homes), the boys can’t begin to imagine what they will be faced with when they set out to create Caliente Valley High School’s first GLBTQ club. All four boys are remarkably different, and they have been brought together for the time being by their shared feelings of being on the periphery at school, at home, and in the community. But once the Mariposa Club is formed, they will not only have a place where they belong and that is all their own, but it will be a place for future students who feel as displaced as they do.