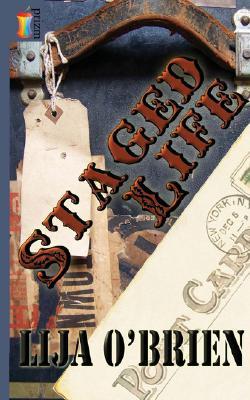 When Nan’s father dies, she leaves her life of privilege behind to become a vaudeville player. She meets a number of people, all who make her feel better about her lack of interest in boys desire to remain unmarried, none more than Beatrice.

Nancy Dodd grew up privileged, at least for the early nineteen hundreds, until her father died, leaving an overbearing uncle as her only choice of a legal guardian. Instead of going to live with her mother’s brother, Nan is spirited away by her father’s less-acceptable family to become a player on vaudeville, staying in hiding until she reaches adulthood. Joining a troupe called the Five Larks, Nan begins her new life. Gradually learning about show business, Nan sings and dances her way into the Corbin family, which includes hoofer Pete, and talented writer Beatrice. Nan knows she’s not like so many of the other girls she sees on vaudeville. She has no interest in boys, and she doesn’t want to settle down and get married. She finds a kindred spirit in Beatrice, and as they grow up, they find they have more and more in common. As Nan, Beatrice and Pete struggle to form a new act, one that will take them to the big time, Nan knows she has to take the bull by the horns with her uncle, who is still searching for her. She wants a life free of fear, where she and Beatrice can live together. Can she pull off the biggest acting job of her career and be free of the past at last?