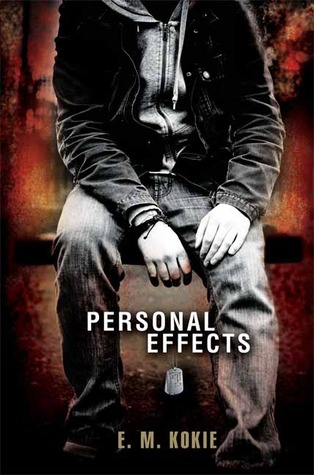 After his brother, T.J., is killed in Iraq, Matt begins to fall apart, and his father becomes increasingly abusive. Matt is convinced that if only he could access the possessions his brother left behind, he could start to come to terms with T.J.’s death. But when T.J.’s personal effects arrive, Matt uncovers a secret that will forever change how he views his brother and their relationship.

After his older brother dies in Iraq, Matt makes a discovery that rocks his beliefs about strength, bravery, and honor in this page-turning debut.

Ever since his brother, T.J., was killed in Iraq, Matt feels like he’s been sleepwalking through life — failing classes, getting into fights, and avoiding his dad’s lectures about following in his brother’s footsteps. T.J.’s gone, but Matt can’t shake the feeling that if only he could get his hands on his brother’s stuff from Iraq, he’d be able to make sense of his death. But as Matt searches for answers about T.J.’s death, he faces a shocking revelation about T.J.’s life that suggests he may not have known T.J. as well as he thought. What he learns challenges him to stand up to his father, honor his brother’s memory, and take charge of his own life.