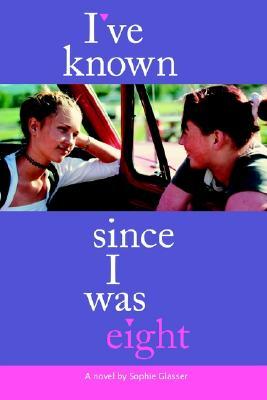 Sarah Goldberg has been out since she was eight, and with the help of her bisexual best friend, she’s going to find the girl of her dreams.

Action-packed, fast-paced, and captivating, “I’ve Known Since I Was Eight” tells the story of a down-to-earth teenage girl’s first lesbian relationship and the reactions of her family, friends, and community. Sarah Goldberg is a high school student who has known she was gay since she was eight. With a little help from her bisexual friend Jarod and her grandmother’s love, she forms a friendship with the girl of her dreams, and they ultimately get involved. Sarah’s new relationship forces her to finally deal with coming out to family, friends, and ultimately the entire school. As Sarah grows stronger in herself and in her identity as a lesbian, she deals with homophobia, threats of violence, as well as a surprising amount of tolerance and support.

A “must-have” on any young-adult reading list, this book is sure to be a hit for readers both gay and straight.