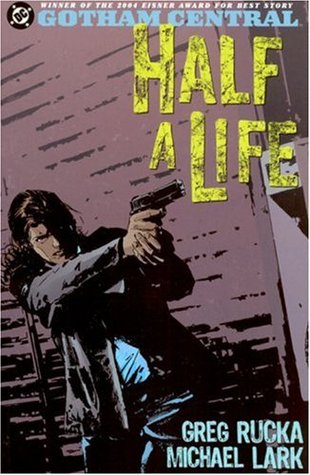 Renee Montoya has always had a place in Gotham Central, and when she reaches out to Two Face, she’s rewarded for her troubles by being outed to every cop in Gotham. She has to untangle this mess while trying to save someone she thought of as a friend and put the bad guys back in jail.

Renee Montoya Has A Secret.

She’s a Grade A detective but her reputation is put on the line when she’s implicated in a murder and her deepest secret is revealed. Suddenly, her colleagues in the GCPD look at her askance, begin treating her with hostility, and when she needs their support the most, she finds mostly cold shoulders.

The man who reaches out to her, though, is one who belongs behind bars. If free, he presents a grave threat not only to Montoya but to all of Gotham’s citizens.

This acclaimed adventure won the coveted Eisner Award for Best Story in addition to winning the Harvey Award, the Eagle Award, and the Prism Award.

Bonus features include two more Greg Rucka-written tales, both spotlighting Montoya and the tough road she has traveled.