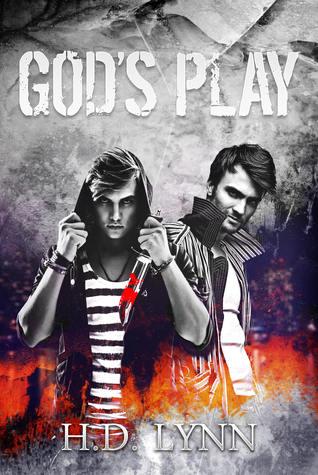 Toby is a monster hunter, and with a single touch he can remove the Veil that disguises those monsters as humans. When his hunting party is ambushed, and he’s rescued by a monster named William, the two have to work together find the real villain.

Sixteen-year old Toby was trained by a family of hunters to kill shape-shifters — but he has a unique weapon in his arsenal. With a touch of his hand, Toby can lift the magical protection shape-shifters use to disguise themselves as human. It’s an unusual skill for a hunter, and he prefers to kill monsters the old-fashioned way: with a blade.

Because of his special skill, Toby suspects he may be a monster himself. His suspicions deepen when William, a jackal-headed shape-shifter, saves him from an ambush where Toby’s the only survivor. And Toby doubts William helped him for purely altruistic reasons. With his list of allies running thin, Toby must reconcile his hatred of shifters and the damning truth that one saved his life. It’ll take both of them to track down the monster who ordered the ambush.

And Toby needs his unlikely alley because he has a vicious enemy — the infamous Circe, who has a vendetta to settle against the hunters. Toby has to unravel the mystery of his dual nature. And he has to do it on the run — before Circe finds him and twists him to her own ends.