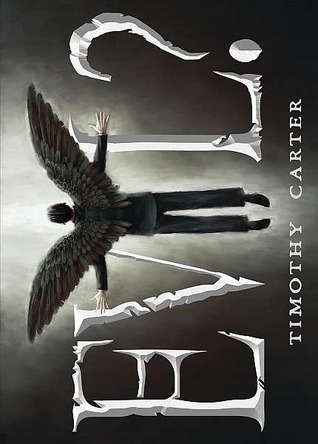 Stuart’s confused why, when caught rubbing one out in the shower, his whole town turns against him, since they don’t have a problem with him being gay. It’s the demon Fon Pyre that lets him know a fallen angel has caused this madness, the two team up to send him away.

Book of Stuart, Chapter 1:10. 10 And, yea verily, Stuart did commit the Sin of Onan in the shower. And this was witnessed by his own brother who did cry out unto their mother. And there was much wailing and gnashing of teeth. 11 And the townspeople rose up against him and all Onaners, calling upon one another to tear the youthful sinners limb from unclean limb. And there was much pants wetting. 12 And lo, Stuart did join forces with the demon, Fon Pyre, and together they did set forth to discover the cause of the town’s trouble. 13 And, hark! A pair of fallen angels would plant seeds of hatred unto the townspeople. And on the seventh day, Stuart did vow to rip the fallen angels a new one and layeth upon them an epic smacketh-down.