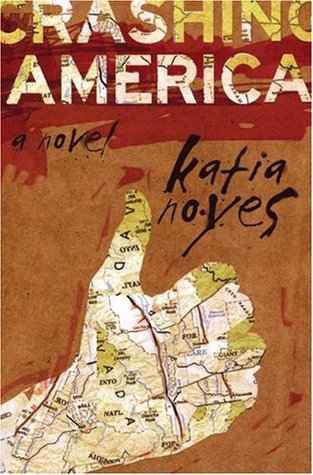 When her best friend dies, Girl leaves San Francisco for something more. She connects herself with everyone she meets, from bored housewives to punk rockers to a teenage waitress. Their stories are her story, and they follow her.

When her best friend dies, Girl, the 17-year-old street-punk narrator of “Crashing America,” leaves San Francisco for the heartland in search of a place where she can breathe again. Torn between her innate restlessness, an overwhelming longing for a sense of home, and a desperate fear of impending death, Girl seeks to link herself to almost anyone she crosses paths with: a bored housewife in Salt Lake City casting a net for illicit thrills, a born-again Christian punk rocker and his girlfriend, a teenage waitress in a small town with a horizon so endless Girl is terrified to leave her hotel room. On a farm in Nebraska with her old friend Randa, Randa’s boyfriend Bill, and Bill’s extended family, Girl finds something that seems awfully close to what she is seeking. But as the harvest progresses, what at first looked like salvation becomes something darker, and Girl hits the road in a stolen car headed for Memphis and one last chance for survival. Katia Noyes’ brave debut is a story about seeking the still point in an ever-turning world. With hell-bent accuracy, Noyes spins a tale about the forgotten people at the heart of America as revealing as an impromptu detour off an interstate highway.