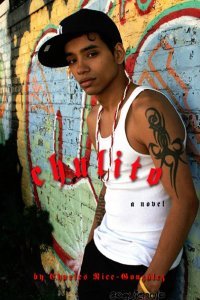 Chulito is known by everyone in his neighborhood, along with his friend Carlos, until everyone rejects Carlos for being gay. Chulito has feelings for his friend but understands what it is to be a man, until Carlos kisses him, and he discovers what he was missing all along.

Set against a vibrant South Bronx neighborhood and the queer youth culture of Manhattan’s piers, Chulito is a coming-out, coming-of-age love story of a sexy, tough, hip hop–loving, young Latino man and the colorful characters in his vibrant neighborhood. Chulito, which means “cutie,” is one of the boys, and everyone in his neighborhood has seen him grow up—the owner of the local bodega, the Lees from the Chinese restaurant, his buddies from the corner, and all of his neighbors and friends, including Carlos, who was Chulito’s best friend until they hit puberty and people started calling Carlos a pato . . . a faggot. Chulito rejects Carlos, buries his feelings for him, and becomes best friends with Kamikaze, a local drug dealer. When Carlos comes home from his first year away at college and they share a secret kiss, Chulito’s worlds collide as his ideas of being a man, being macho, and being in love are challenged. Vivid, sexy, funny, heartbreaking, and fearless, this brilliant work is destined to become a queer classic.