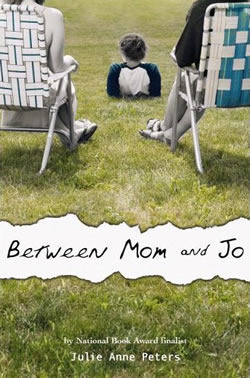 Nick loves his moms, but when their marital strife leads to separation, he’s caught in the middle.

Nick has a three-legged dog named Lucky, some pet fish, and two moms who think he’s the greatest kid ever. And he happens to think he has the greatest Moms ever, but everything changes when his birth mom and her wife, Jo, start to have marital problems. Suddenly, Nick is in the middle, and instead of having two Moms to turn to for advice, he has no one.
Nick’s emotional struggle to redefine his relationships with his parents will remind readers that a family’s love can survive even the most difficult times.