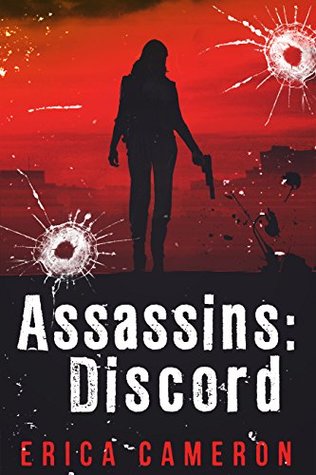 Kindra was raised an assassin and a thief, but when her dad misses his latest target, everything goes south. She has to rely on her rival/assassin/kidnapper as her whole world turns against.

“Kindra’s moral compass has never pointed north, but that’s what happens when you’re raised as an assassin and a thief. At sixteen, she’s fantastic with a blade, an expert at slipping through the world unnoticed, and trapped in a life she didn’t chose. But nothing in her training prepares her for what happens when her father misses a target.

In the week-long aftermath, Kindra breaks rank for the first time in her life. She steals documents, starts questioning who their client is and why the target needs to die, botches a second hit on her father’s target, and is nearly killed. And that’s before she’s kidnapped by a green-eyed stranger connected to a part of her childhood she’d almost forgotten.

Kindra has to decide who to trust and which side of the battle to fight for. She has to do it fast and she has to be right, because the wrong choice will kill her just when she’s finally found something worth living for.”