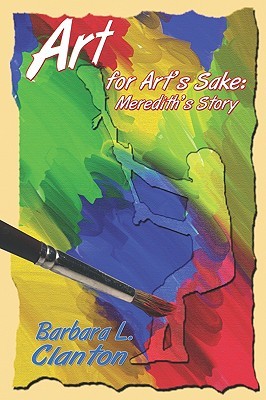 Meredith’s only reprieve is art, and when she meets Dani, she knows she has to paint her. As they work together on a history project, the two become closer, and when Dani reveals to her that she’s gay, Meredith has to work out her own feelings.

High school senior Meredith Bedford is a social outcast. Her family recently moved from the Catskill Mountains to the sprawling suburbs of Albany, the capital of New York State. Shy and self-conscious about her acne scars, she stays to herself and tries to remain invisible. Her twelve-year-old brother, Mikey, has Down Syndrome and she tries hard not to blame her troubles on him. Despite verbal and sometimes physical harassment, she survives because she has her art. She was selected to be part of the elite Advanced Placement art class and is quite good at capturing the emotions of her subjects in her portraits. Art is the one thing, besides her family, that helps her cope with her outcast status. One day, at a senior class meeting, she sees Dani Lassiter, president of the senior class, captain of the lacrosse team, and knows that she must paint this enigmatic young woman. One class period later, Dani manipulates things to have Meredith as her partner for a history project. Meredith is suspicious of Dani’s motives, but takes a chance. And it pays off. Meredith slowly sheds her invisibility cloak and allows Dani in – a little at a time. They explore an old Victorian house for their history project and become close with Esther and Millie, the two older women who own the house and who’ve lived together for about forty years. But, when Dani reveals to Meredith that she is gay, Meredith simply can’t deal with the news. How had she not known? What is it that won’t allow her come to terms with this unexpected news? Will Meredith control her own homophobia or will she reject the one person who had taken a chance on her and made her feel human?