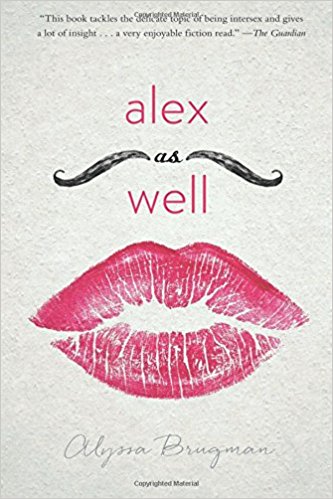 Alex was born intersex, and her parents decided for her to classify her as male. Alex doesn’t want this and starts going through radical changes, from giving up meat to creating a new identity, all to prove she is still Alex.

What do you do when everybody says you’re someone you’re not?

Her mother is not happy, in fact she’s imploding. Her dad walked out.

Alex has turned vegetarian, ditched one school, enrolled in another, thrown out her clothes. And created a new identity. An identity that changes her world.

And Alex—the other Alex—has a lot to say about it.

Alex As Well is a confronting and heartfelt story of adolescent experience—of questioning identity, discovering sexuality, navigating friendships and finding a place to belong. Alex is a strong, vulnerable, confident, shy and determined character, one you will never forget.

With the same tenderness and insight as YA stars such as John Green and David Levithan, Alyssa Brugman has crafted a knockout story about identity, sexuality and family that speaks effortlessly to a universal teen experience.