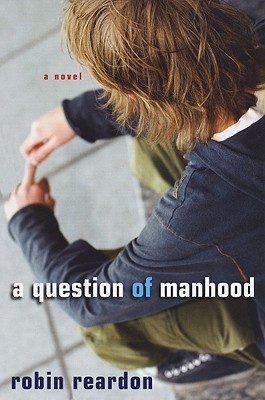 Paul had always looked up to his older brother Chris, the family golden boy serving in the Vietnam War, but when Chris tells him he’s gay, his perspective changes. And when Chris dies weeks later, Paul doesn’t know what to do. Still mourning, he meets JJ, who not only has an amazing talent with dogs, but is also gay, and Paul reevaluates what he thinks about manhood.

November 1972. The Vietnam War is rumored to be drawing to a close, and for sixteen-year-old Paul Landon, the end can’t come soon enough. The end will mean his older brother Chris, the family’s golden child, returning home from the Army for good. But while home on leave, Chris entrusts Paul with a secret: He’s gay. And when Chris is killed in action, Paul is beset by grief and guilt, haunted by knowledge he can’t share.

That summer, Paul is forced to work at his family’s pet supply store. Worse, he must train a new employee, JJ O’Neil, a gay college freshman. But though Paul initially dislikes JJ for being everything he’s not—self-confident, capable, ambitious—he finds himself learning from him. Not just about how to handle the anxious, aggressive dogs JJ so effortlessly calms and trains, but how to stand up for himself—even when it means standing against his father, his friends, and his own fears. Through JJ, Paul finally begins to glimpse who his brother really was—and a way toward becoming the man he wants to be…